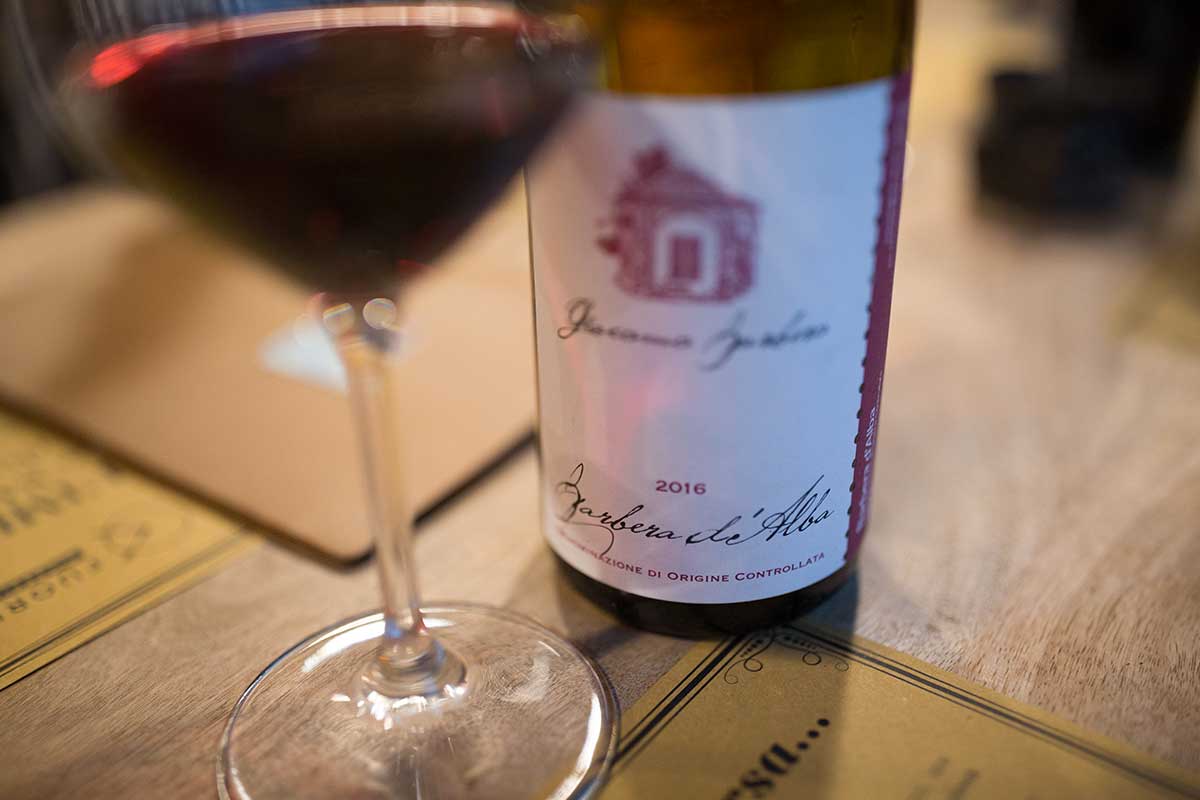 Barbera d'Alba Superiore Montorone takes its name from the hill of Montorone located just north of the town of Canale. This hill is part of the complex of the added geographical indications (MeGA) of the Roero belonging to the sub-area of ​​Renesio. There are four MeGa that bear the name of Renesio and form its complex: Renesio, Renesio Montorone, Renesio Incisa and Renesio Valbellina. The vineyard, which gives life to the Barbera grape, with which we vinify our two Barbera labels: the Barbera d’Alba DOC and the Barbera d’Alba DOC Superiore Montorone, develops precisely on this hill, called Montorone. Composed of a classic Roero soil in which clay and limestone are accompanied by a percentage of sand. And it is precisely the latter that gives the barbera grown in the Roero wine area its softer and more graceful character, with well-marked hints of red fruit, always accompanied by good acidity, which is a characterizing factor of this vineyard.

Barbera d'Alba Superiore Montorone: how is it?

After thinning out the excess bunches, in order to bring each Barbera vine - which will give life to Montorone - to a load of about 2Kg per plant carried out in the first ten days of August, the grapes are expected to ripen completely; which will subsequently be harvested towards the end of September / beginning of October. Maceration takes place around 12/15 days, after which we proceed with racking. The wine then ages in 500-liter French oak barrels - called tonneaux - for 18 months. The result is a superior Barbera d’Alba that is intense and complex on the nose, with immediate aromas of violet and rose and an explosion of red fruit such as ripe cherries, plums and berries. The balsamic note is immediate on the palate, which transmits elegance to the wine, with the tannins softened by aging in wood. Balanced and pleasant acidity; good persistence with unmistakable hints of chocolate and various spices including black pepper.

In the Roero, the Montorone estates become protagonists offering a Barbera d'Alba Superiore with the aromas of large flowers, beautiful body, notes of plum and spices and a sharp but very pleasant acidity. On the right bank of the Tanaro, the Barolo area to be clear, Barbera is denser, drier and rich in polyphenols and structure. Just like Nebbiolo, benefits from heavier clay and limestone soils. And it is such a versatile wine that food-Barbera combinations become infinite and if you have the patience to look for the right one for every occasion.
0