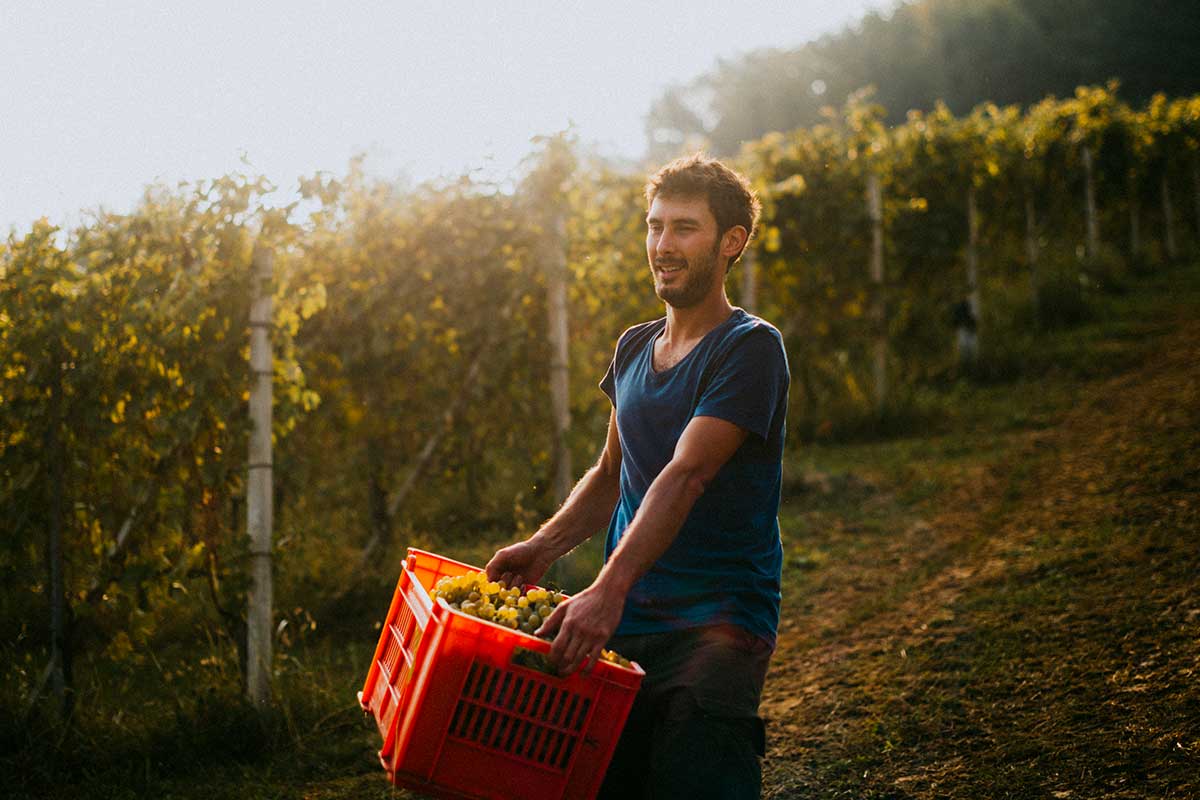 Giacomo Barbero's Roero Arneis is a wine with a taste characterized by a marked sapidity. Thanks to the new processing techniques and the complete absence of oxygen during all the stages of winemaking, a wine is obtained that maintains the strong mineral scents that the Roero soils give.

Roero Arneis, what is it?

This aromatic white wine is obtained from its grapes grown in the Roero region, on the left bank of the Tanaro river, mentioned for the first time in an official historical document dating back to 1478, to demonstrate the deep-rooted link of this vine with the territory. According to popular tradition, the term "arneis" in Piedmontese dialect usually indicates an outgoing and original individual, but also a little rebellious.

The Roero Arneis, fruity and delicate at the same time, is a wine suitable for fish dishes or even delicate antipasti of the Piedmontese tradition, including veal with tuna sauce, but also fresh cheeses and chicken. It should be served in a tulip-shaped glass. temperature of 8-10 ° C.
Arneis (literally: little rascal, in Piemontese) is so called because it is regarded as a somewhat difficult variety to grow. It is a crisp and floral varietal, and has been grown for centuries in the region. The white wines made from its grape tend to be dry and full bodied with notes of pears and apricots. It is also known under the synonyms Bianchetta, Bianchetta d'Alba, Bianchetta di Alba, Bianchetto, Bianchetto Albese, Bianchetto di Alba, Bianchetto di Verzuolo, and Nebbiolo bianco.
0